In 2018, Kirk and I took a road trip from our home in Edmonds. We headed north then east over the scenic Cascade Mountains and then up to British Columbia, Canada. Since it was at the end of summer the kids were back in school so we happily missed the tourist season crowds.

On our return trip, we chose to travel south then east through northeastern, Washington. It was a three-day trip to get back home so the first night we stayed at a hotel with a view of Grand Coulee Dam.

The slideshow below contains three pictures found in our hotel room, and a spanning view of the Dam.

The history of the damn goes back to the ’30s and was once thought of as a “pork barrel” scheme. It took the Great Depression and President Roosevelt’s need to create a vast public utility project that would employ thousands of men for the approval and funding for Grand Coulee Dam to move forward.

The next day we drove from our hotel through the adjacent town of Electric City.

After driving east about twenty-two miles we entered the region known as the Big Bend Plateau. The elevation in this area is between 1,500 to 2,500 feet and a system of channels or coulees are eroded into bedrock by glacial rivers and streams that were created from the ice age.

This is a sparsely populated area sitting in the middle of Lincoln County and it’s where you’ll find what remains of the towns of Wilbur and Creston.

The area is known for its agriculture. We drove through endless golden wheat fields as far as the eye could see. Orchards are spotted through the area and cattle graze in the valleys and on the rolling hills. This high plateau region has its own kind of beauty.

Here is a fun video from the car will driving along Highway 2 looking to the north.

A Bit of Lincoln County History

Lincoln County was formed back in 1883 and stories about its first settlers include a character nicknamed “Wild Goose Bill’ (Samuel Wilbur Condit). In 1875 he was recorded as the first actual white settler in the area and his homestead was where the town of “Goosetown” or Wilbur now stands, although we didn’t see any public buildings left standing.

Next, to Wilbur is a pit-stop town called Creston with a population of 236 as of 2010, and the elevation is 2441 ft. The town was formed as a stop along the Central Pacific Railroad. It also has an interesting history. In 1902, the last surviving member of the infamous Hole in the Wall Gang, Harry Tracy, was shot at a Creston ranch and then he killed himself to avoid capture.

The slide show below conveys the unique beauty of the region when driving by the grassy plains and homesteads.

Transmission lines now run across the plateau from Grand Coulee Dam and are quite visible from the highway. Their tall stature and the perceived buzz in the air left me with a cold and unsettled feeling due to their dominance.

But that passed quickly as I imagined the history of this area. I wondered about the Native Americans from this region, known as the Cowiche, and the fur traders and gold miners who passed through.

I thought about the first white settlers and those who built the Central Railroad that brought the telegraph.

I thought about all those who died in the region building infrastructure through the years and those who survived in the hard winters and through all the changes.

If time could talk, I am sure this region would provide endless stories. 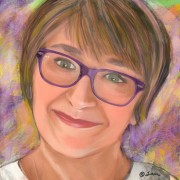